I found out recently that using the maximum aperture for a lens can have deminishing returns. Simply put: it makes the image look “soft”, or otherwise out-of-focus. In this post I aim to find out find the best acceptable aperture setting for a specific lens. 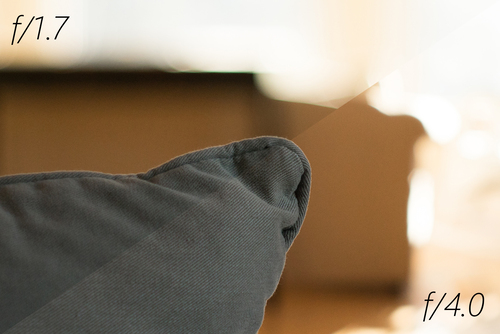 I started out using a tripod, with the same ISO and exposure compensation using a Minolta 50mm f1/7 lens. Starting at f/1.7 I worked my way up at reasonable steps to f/4.0. My aim was to compare the differences. See the shots below. The target couch cushion was set up roughly a meter from the bottom center of the tripod.

There may be something to be said about maintaining the best DoF (Depth-of-field). However, using [PhotoPills DoF Calculator] (https://www.photopills.com/calculators/dof) proves just how wild, using a 50mm lens, an aperture of f/1.7 is. Shooting a target of 2 meters results in a depth-of-field of 16 centimeters – that’s a very narrow range! Bumping up the aperture value to f/2.8 provides a much more reasonable 27 centimeters, though still a bit narrow. Either way this allays any fears I had of losing out on that sweet, sweet bokeh, though the photos themselves illustrate that not a significant amount of Depth-of-Field is lost at that target distance of 1 meter.

The biggest difference can be seen between the f/1.7 and f/4.0 shots. Note the increase in clarity on the pillows fabric.

At f/2.8 and above I started noticing less increase in perceived sharpness of the image, though the difference in comparison to f/1.7 was still fairly noticeable 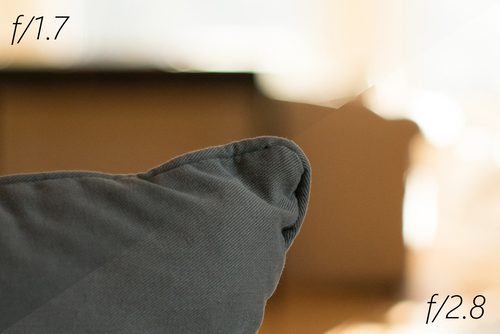 Aside from the perceived exposure difference from what is most likely a difference in shutter speed, the overall difference does not seem as dramatic from f/2.8 to f/4.0. Personally, I’d say that f/2.8 is the clear winner in finding the best middle-ground between maximum aperture and image quality. 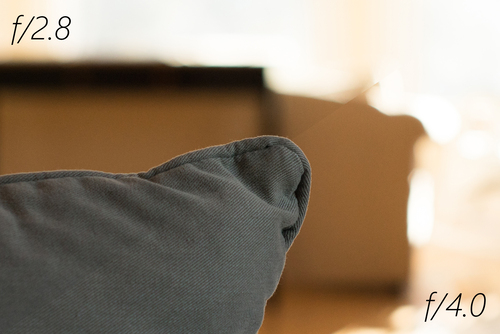 Below is the entire collection of all the photos taken of the subject at increasing aperture steps. 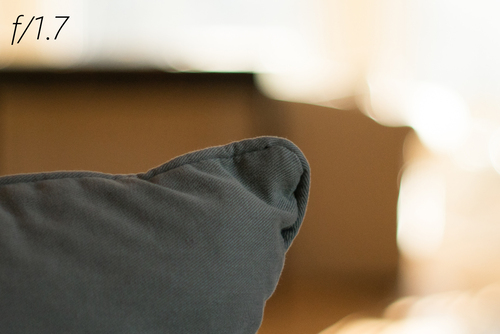 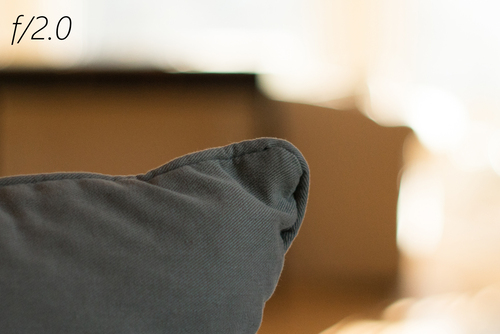 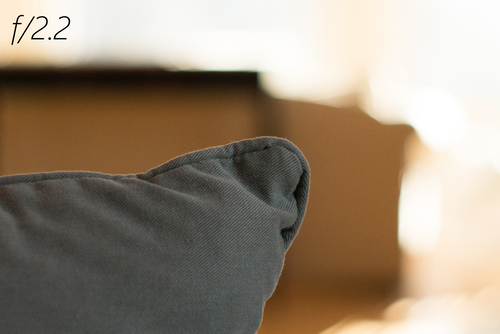 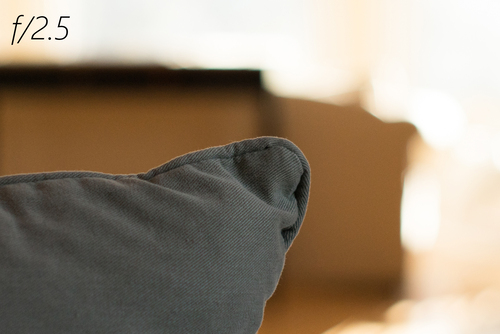 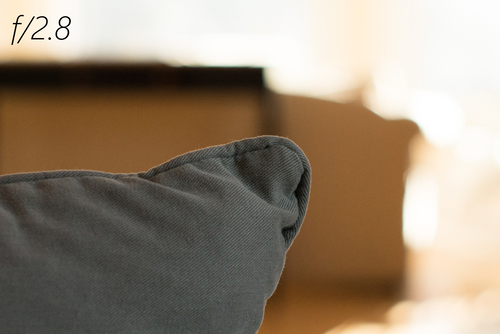 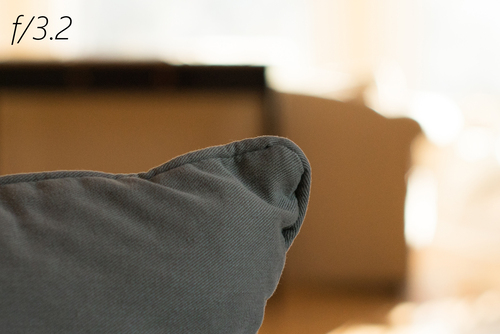 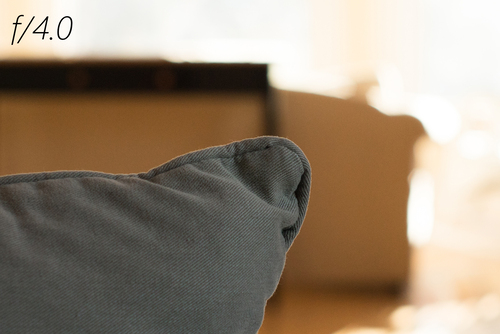